The Navy continues to ignore the noise impacts of its aircraft on large portions of the area between Whidbey Island and the Pacific Ocean, including Olympic National Park, Dungeness Wildlife Refuge, Protection Island, the City of Port Townsend and large portions of the San Juan Islands and the Salish Sea.

STOP encourages all of you to address your concerns regarding this situation to your local, state and federal elected officials. Those officials must be educated on the need for them to help save the Olympic Peninsula from the damage the Navy continues to do.

Go to STOP's latest letter to the Navy here. 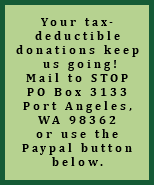 Sign Up for Updates
For Email Marketing you can trust.

Once Again – We Must Oppose Military Training in Washington State Parks

Tell the Washington State Parks and Recreation Commission to not issue the US Navy a new permit to conduct military training in our State Parks! 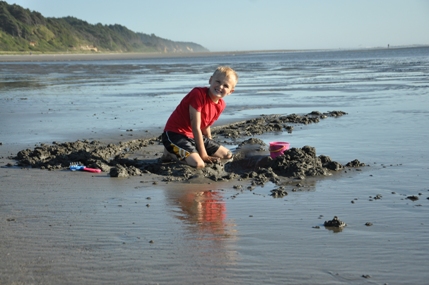 Written comments due by January 22

Washington State Parks is requesting comments on a proposed permit to allow the US Navy access to 29 state parks for military training.  This includes the waters adjoining the parks, the beaches within the parks, and the upland portions of the parks, any day, any time.  The Seal trainees will be accompanied by large numbers of personnel trainers and training equipment.  Such an activity is inconsistent with the Parks’ mission and with the public’s use and enjoyment of parks.

Click here to obtain information regarding the proposal (but don’t believe the Parks’' claim in the FAQs to have lawful authority to issue the permit): https://parks.state.wa.us/1168/Navy-training-proposal

Hear Our Olympics from NPCA on Vimeo.

The Quietest Place in America is Becoming a War Zone. 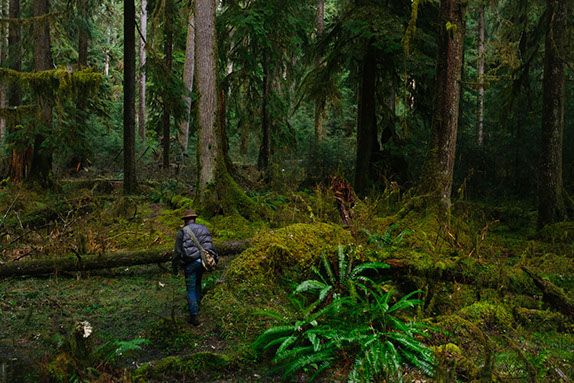